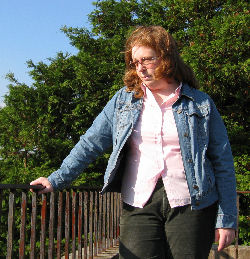 Catherine studied Music at the University of York, where she conducted ensembles including the University Big Band and student Concert Band and Orchestra. She also performed in many groups as a clarinettist, saxophonist and recorder player. Upon graduating in 1997 she was awarded the John Paynter Prize in recognition of her contribution to the Music Department. Catherine then worked as music teacher in secondary schools in Newcastle and London and obtained the Postgraduate Certificate in Education. During this time, she also worked and performed with the National Youth Music Theatre and was a founder member of Payback, one of London’s leading function bands.

Catherine is currently Senior Lecturer in Music at the Open University. Prior to this, she was Head of the Centre for Jazz Studies UK at Leeds College of Music. Catherine has a Ph.D. from City University, London, and her book “The Evolution of Jazz in Britain 1880-1935” was published by Ashgate in 2005. Her work has also been published in recognised journals, and has been presented at national and international conferences. She was awarded a prestigious Edison Fellowship at the British Library in 2006-7 to study recordings of Gershwin’s Rhapsody in Blue. She is currently writing books on this subject and on Benny Goodman’s 1938 Carnegie Hall Concert. Catherine is a co-editor of the Jazz Research Journal (Equinox), and is a member of the editorial board of Studies in Musical Theatre (Interim Publications). She is a member of the Board of Jazz Services and Women in Jazz (Swansea). Catherine is active as an conductor and instrumentalist in both classical and popular styles. She is currently Musical Director of Dr Jazz and the Cheshire Cats Big Band and the North Cheshire Wind Orchestra, and principal guest conductor of the West Yorkshire Symphony Orchestra.